During the 1950s, the C-130 Hercules was originally designed as an assault transport but was readily adapted for a variety of missions, including weather reconnaissance, mid-air space capsule recovery, search and rescue, drone launching, and mid-air refueling of helicopters. The AC-130H “Spectre” and AC-130U “Spooky II” are Hercules transports that have been converted into side-firing gunships, primarily for night attacks against ground targets.

Originally, C-130As were converted into side-firing gunships during Project Gunship II and the follow-on programs, Projects Plain Jane, Surprise Package and Pave Pronto. The prototype AC-130A (#54-1626), previously designated JC-130A, was tested at Eglin AFB, FL and in Southeast Asia during 1967. A short-nose Hercules, it was a basic C-130A with the addition of four 7.62mm General Electric XMU-470 Miniguns, four 20mm General Electric M61 Vulcan cannons, an analog fire control computer, a Night Observation Device (NOD) or Starlite Scope, a “bread board” computer, and a 20kW searchlight. Project Gunship II was a great success.

In 1968, seven more JC-130A aircraft were converted, although these were equipped with better Texas Instruments AN/AAD-4 Forward-Looking Infrared Radar (FLIR), a Singer-General Precision fire control computer, a Texas Instruments Moving Target Indicator (MTI), and other equipment to reach current C-130A production standard. These aircraft were deployed to Southeast Asia in late-1968. They were painted black overall and also known as “Plain Janes”, to distinguish them from the “Surprise Package” and “Pave Pronto” AC-130As.

The single “Surprise Package” AC-130A was equipped with two 40mm Bofors cannons (in place of the aft pair of 20mm Vulcans), General Electric ASQ-145 Low-Level Light Television (LLLTV), a Konrad AVQ-18 laser designator/rangefinder, and a new AYK-9 digital fire control computer. This gunship conversion was an even greater success than those before it!

The “Pave Pronto” AC-130As were all based on the “Surprise Package” design, but featured additional equipment including an AN/ASD-5 Black Crow Direction Finder Set to find the emissions of the ignition system of Russian truck engines. These ten aircraft were first painted in the typical Vietnam three-tone camouflage scheme, but later the underside and the sides were painted black. All AC-130As often carried ALQ-87 ECM pods or SUU-42A/A Ejector Pods (starboard for flares, port for chaff) under the wings.

Because of C-130A airframe limitations, a new program was incorporated using the low-time C-130E as the basis for the gunship conversion. Eleven C-130Es were converted featuring the same equipment and armament as the “Pave Pronto” AC-130A, and become known as the “Pave Spectre” AC-130E. The first aircraft arrived in Southeast Asia in October 1971.

Beginning in 1973, Project Pave Spectre II upgraded all but one of the AC-130Es with new Allison T56-A-15 turboprops, the latest radio, avionics and ECM gear, a 105mm Howitzer cannon and inflight refueling capability. These aircraft were redesignated AC-130H.

Over a decade later, in 1986, another Hercules gunship program was initiated. Thirteen new C-130H aircraft were procured from Lockheed then modified with improved armament, avionics, battle management sensors and countermeasures. The resulting gunship aircraft was designated AC-130U and entered service in 1995.

On 10 September 1995, the Air Force commemorated the end of an era with the retirement of the first C-130 aircraft to come off the production line, tail number 53-3129. Produced by Lockheed in 1953, it was affectionately dubbed the “First Lady”, and was one of five AC-130A gunship aircraft retired during an official ceremony. While the other four aircraft were sent to the Aerospace Maintenance and Regeneration Center (AMARC) at Davis-Monthan Air Force Base in Arizona, the “First Lady” went on permanent display at the Eglin AFB Armament Museum in Florida. Note: The AC-130A gunship prototype (#54-1626) was retired in 1976 and is currently on display at the USAF Museum at Wright-Patterson Air Force Base in Ohio.

A total of 43 C-130 aircraft were converted into gunships:

The formidable AC-130 gunships have an impressive combat history. During Vietnam, they destroyed more than 10,000 trucks and were credited with many life-saving close air support missions. Following the end of the Vietnam War they saw action during the attempted rescue of the crew of the USS Mayaguez (1975), Operation Urgent Fury in Grenada (1983), Operation Just Cause in Panama (1989), Operation Desert Storm in Iraq (1991), Operation Restore Hope in Somalia (1993-1994), and Operation Deliberate Force in Bosnia (1995).

Although the AC-130 gunship programs were considered highly successful, the slow-moving airplane was very susceptible to ground fire. Consequently, eight AC-130s have been lost during combat operations. The first casualty took place when tail number 54-1629 was hit over Laos and crashed during a landing attempt at Ubon, Thailand. A second AC-130 fell to enemy fire over Laos in April 1970. The third and fourth losses took place within hours of each other in the spring of 1972, and a fifth was shot down a few weeks later while supporting friendly forces during the siege of An Loc in South Vietnam. A sixth gunship was shot down over Laos in December 1972. A total of 75 crewmembers were lost in the AC-130 mission in Southeast Asia, before hostilities ended in 1975. Since that time two other AC-130s have fallen in both Kuwait and Somalia.

On 31 January 1991, the first AC-130H was lost in combat while supporting coalition forces engaged in ground combat during the battle of Khafji in Operation Desert Storm. A second aircraft supporting operations in Somalia was lost on 15 March 1994 when the 105mm cannon exploded while the aircraft was airborne. The eight remaining AC-130H “Spectre” gunships are still flying with the 16th Special Operations Squadron (SOS), part of the 16th Special Operations Wing (SOW), at Hurlburt Field, Florida.

The AC-130U, commonly referred to as “U-Boat”, is the most complex aircraft weapons system in the world today. It has more than 609,000 lines of software code in its mission computers and avionics systems. The newest addition to the command fleet, it is the latest in a long line of heavily-armed, side-firing gunships and is named “Spooky II” in honor of the first gunship model, the AC-47D. All other AC-130s are referred to as “Spectre”. The prototype AC-130U (#87-0128) made its first flight on 20 December 1990. The initial flight test period lasted through 21 December 1991 and consisted of 48 test flights, a total of 165 hours.

A multi-mode strike radar provides extreme long-range target detection and identification. It is able to track 40mm and 105mm projectiles and return pinpoint impact locations to the crew for subsequent adjustment to the target. The fire control system offers a Dual Target Attack capability, whereby two targets up to one kilometer apart can be simultaneously engaged by two different sensors, using two different guns. No other air-ground attack platform in the world offers this capability.

The AC-130U is pressurized, enabling it to fly at higher altitudes, saving fuel and time, and allowing for greater range than the AC-130H. An inflight refueling capability is also provided.

All AC-130Us are currently assigned to the Air Force Special Operations Command (AFSOC) and serve with the 4th SOS, part of the 16th SOW, at Hurlburt Field, Florida. 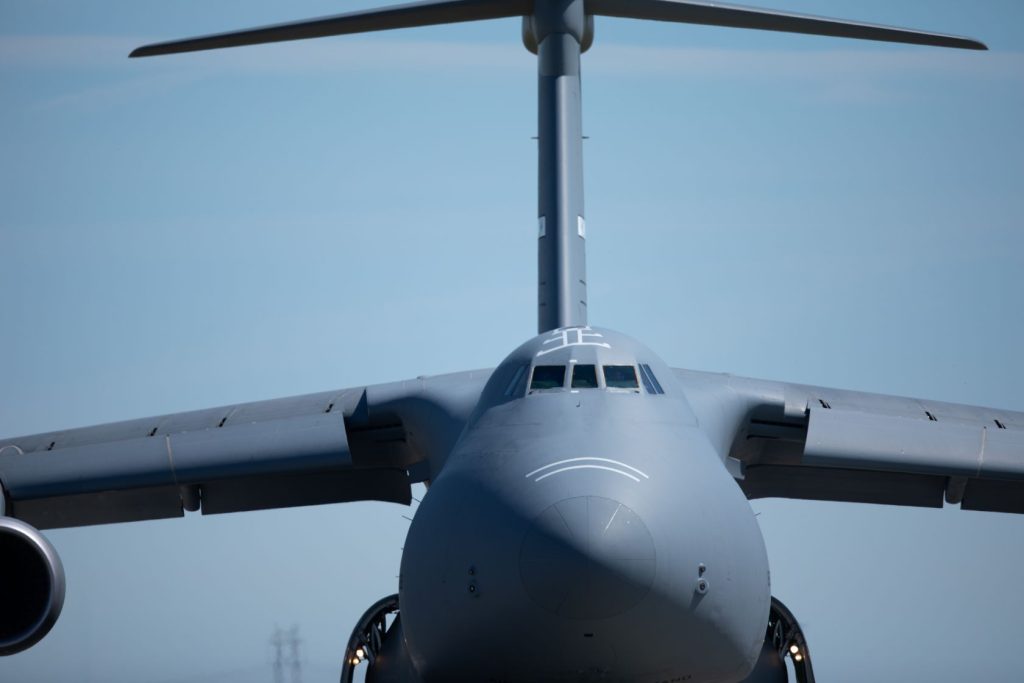 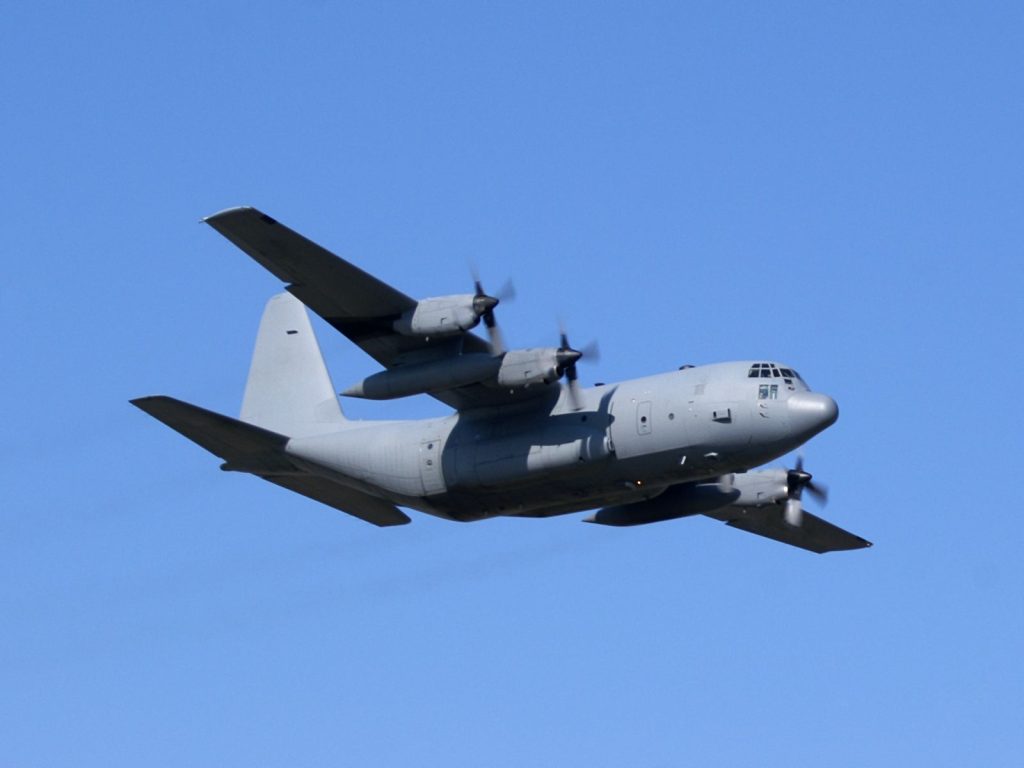